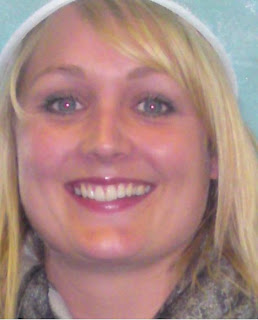 One of the most startling revelations about what happened to me at Stirling University is the fact that Selina Gibb lied about a private conversation she had one day while we were alone in the office.

Selina and I had always got on very well, which makes it all the more astonishing that she would do this.

We were in the very large open office that we shared with about 12 other colleagues. I was preparing my grievance against Kathy McCabe. I stopped to go to the tea room to get some drinking water. On my way out, Selina asked me why I wasn't at a meeting that I would normally have attended. I said that I was preparing my grievance against Kathy, and I answered a couple of questions she asked me before I left to get my water. When I returned, she asked me some more questions that I answered before I returned to my desk to continue what I was doing.

Unknown to me, it appears she may have gone to Eric Hall and told a pack of lies about this conversation. She claimed that I went wild when talking to her, went red in the face with rage and was so irate I was spitting on her desk. She also claims that I said that her line manager, Eileen MacDonald was the root of all evil.

The conversation took place in January 2010. In April 2010, she said that she was so frightened by the conversation that she was anxious and nervous in my presence. However, I have a private email from her dated March 2010 in which she invites me to hear her "funnies" about her skiing lessons. Another March email confirms that she is very happy with a piece of work I've done for her. Also, at the end of February 2010, I have a digital recording of her in which she interrupts a work conversation I was having with Una Forsyth in order to make jokes about my "dancing shoes". Hardly the actions of someone who is anxious and nervous around me. I didn't learn of her allegation until June 2010.

She is one lying bastard!

Stirling University should demand that the lying bastard take a lie detector test. There are very serious implications to this. No man can be safe if they are alone in an office with a woman, because they could, despite being completely innocent, be accused of anything including sexual assault. Malicious complaints of this type must be stamped out, and the offender should be sacked.

If Selina Gibb has told the truth, then she should have nothing to fear. But I know that she is an incredible lying bastard!

If you are a friend of hers, then surely you would encourage her to take the test in order to prove that she was honest and that I am making false accusations.

Under oath, she stated that she passed her HNC in Computing, but not the HND. Eileen MacDonald had previously told me Selina passed her HND.

PS
Although Eric Hall stated in court that Selina had told him this story soon after I had the conversation with her, he went on to say that he reported it to Kathy McCabe. Kathy confirmed in court that neither he nor anyone else had told her about it. It would seem that Eric was simply lying to try to support Selina's false claims. He might have thought that Kathy would have backed up his story, but of course, the lie didn't just involve Eric. It also involved Selina and everybody else that she had already told that it was a lie. So it would have proved too awkward for Kathy to support that particular lie. She is holding on to the possibility that there may still actually be someone who thinks she's honest.

It leaves the question also; if Selina was as frightened and upset as she said she was, why did she wait three months before reporting it?

It is essential that Selina is punished for this. It is no trivial matter to deliberately lie to ruin a man's career and life.

Eric Hall should also explain how his account does not match Kathy's. If he has lied in court, he should be punished too, and it seems almost certain that he did. If Selina did tell him this, and as he claimed in court, she was "shaking" as she was telling him, why did he do nothing about it, and why did he claim to tell Kathy when he obviously didn't? It's certainly not the type of thing that Kathy would forget. I imagine she would have dreamed about hearing such things about me.
Posted by Allan at 10:54